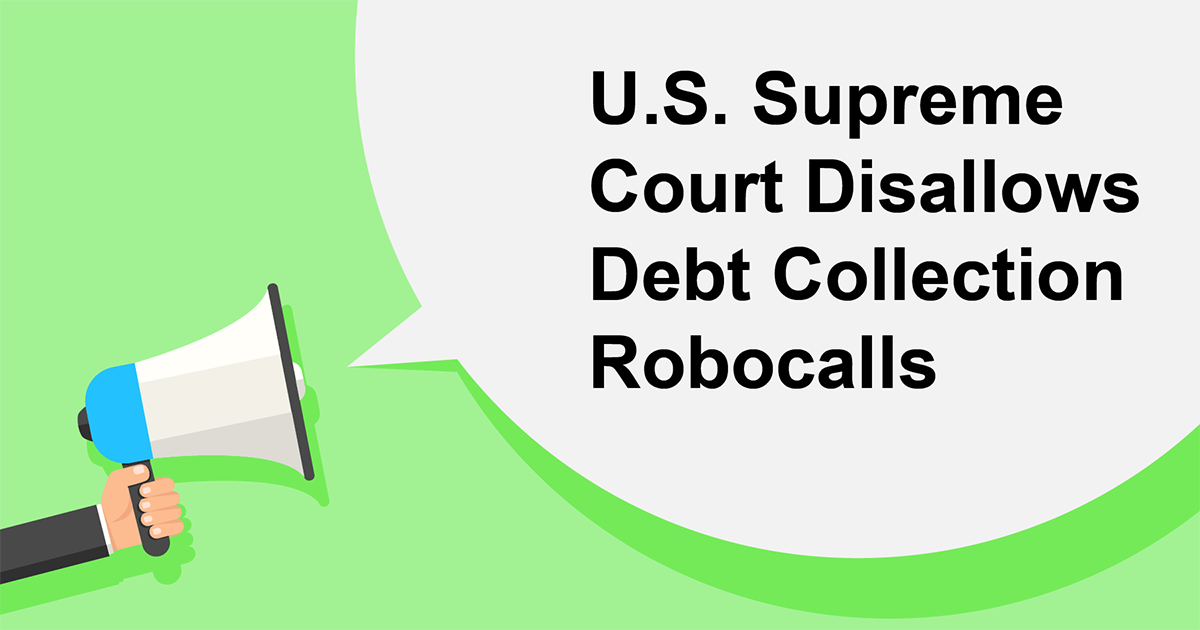 The U.S. Supreme Court has struck down a 2015 law that allowed federal government debt collection robocalls to cell phones, declaring that the law violates the First Amendment as it favors debt-collection speech over other speech.

“As the Government concedes, the robocall restriction with the government-debt exception cannot satisfy strict scrutiny,” states the ruling. “The Government has not sufficiently justified the differentiation between government-debt collection speech and other important categories of robocall speech, such as political speech, issue advocacy, and the like.” Consequently, Government-backed loans including student loans, home mortgages, veterans’ loans, farm loans, and business loans will be affected by the ruling.

The ruling was a result of the American Association of Political Consultants and three other organizations attempting to invalidate the entire TCPA. Wanting to make political robocalls to cell phones, the organizations argued that the government-debt exception unconstitutionally favors debt-collection speech over political and other speech by allowing only debt collection robocalls. As a result, the debt-collection provision was re-examined by the Supreme Court.

Protect Your Business from TCPA Risk

Gryphon’s highly patented suite of compliance services provides bulletproof compliance and protection from headline risk, brand damage, and costly fines. Our service is built for the highest-volume marketing organizations and integrates with any telephone, application or marketing system.

Our services apply all legal exemptions to those laws to help your business grow, and our experts provide customized consulting and support with expanding regulations.

Ensure your organization is protected from TCPA fines and violations today.