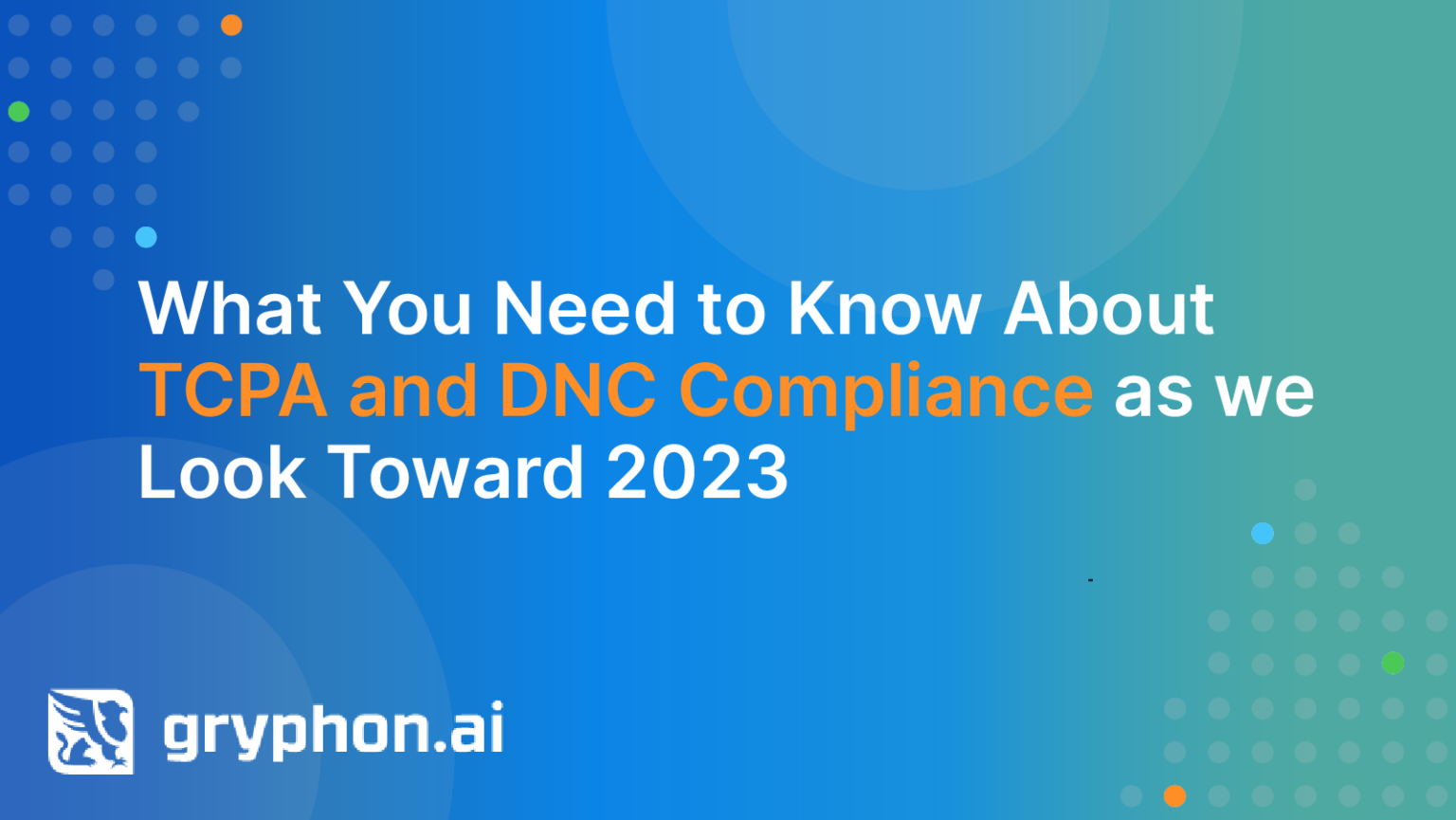 Faced with signs of economic uncertainty in the second half of the year, sales leaders across all industries are turning their focus to managing budgets and supporting revenue – but sales and marketing compliance liability should not be put on the backburner.

Risk is constantly expanding for organizations. Navigating shifting market conditions, most organizations cannot afford TCPA and/or DNC violation claims being filed nor the potential for resulting fines and penalties.

Below you will find information on some of the latest changes and proposed changes at both the state and federal level as it pertains to sales and marketing compliance that may be beneficial to your organization to manage risk for the remainder of 2022, and into 2023.

Signed into law by Governor Stitt and going into effect on November 1, 2022, this new law, known as Oklahoma’s Mini-TCPA, would remove established business relationship (EBR) and inquiry defenses from callers. It would also extend calling limitations to landlines, limiting outreach to merely three attempts every 24 hours.

The Oklahoma law would expand the definition of “auto-dialer” to include any system that uses automation in the selection or dialing of telephone numbers without the prior express written consent of the called party.

The Oklahoma Mini-TCPA also enacts a rebuttable presumption that “any call or text message to a phone number with an Oklahoma area code is made to an Oklahoma resident OR person physically present in the state at the time of receipt.”

Other notable updates include:

The Oklahoma mini-TCPA contains a private right of action for consumers with penalties ranging from $500 to $1,500 per call or text message. You can read more about the bill here.

Effective June 2022, H.B. 1497 revises portions of Washington’s existing telemarketing laws, adjusting the definition of “telephone solicitation” and the reach of a do-not-call request, imposing new obligations on callers requesting a donation or gift, and tightening requirements for callers to identify themselves.

Other notable changes enacted by the bill include:

This bill also enhances the reach of a do-not-call request. While the existing law prohibits telephone solicitors from calling a number with a do-not-call request for one year, the revised law will prohibit any calls to “any telephone number associated with that party” for one year. However, the statute does not explicitly define what it means for a telephone number to be “associated with” a person.

More information on this bill can be found here.

In Massachusetts, House Bill No. 469, which was introduced on June 30th, would amend three sections (15, 16, and 17) of Chapter 159 C of the MA General Laws – an Act clarifying the definition of “Telephone Solicitation.”

The bill would redefine several definitions, including “consumer,” “hands free mobile telephone,” “robocall,” “informational call,” and “pre-existing business relationship.” It would also enact a civil penalty of no less than $10,000 if a knowing violation occurs, and mandate that no actions may be brought against a solicitor more than five years after the recipient knew or should have known of the violation.

In Michigan, House Bill No. 6307,, known as Michigan’s “Telephone Solicitation Act,” would authorize a penalty of up to $25,000 for a violation. In the bill, an ATDS is referred to as an “ADAD” or “automatic dialing and announcing device,” and is defined as “any device or system of devices that is used, whether alone or in conjunction with other equipment, for the purpose of automatically selecting or dialing telephone numbers.”

Other key points of the bill include:

Recently, the Robotex Scam Prevention Act was introduced to Congress to amend the TCPA and its definition of an ATDS. Other changes the Act would authorize include expanding the TCPA to cover text messages, providing a safe harbor for recycled number calls – but only for callers using the FCC’s reassigned number database, and most notably, removing the phrase “using a random or sequential number generator” from the definition of ATDS.

Learn how you can mitigate the risk of non-compliance with myriad of state and federal sales and marketing laws without slowing down sales progression  for Q3 and Q4 2022.